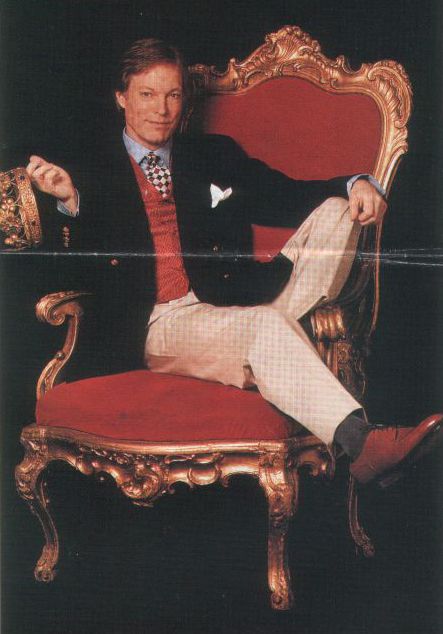 He's been a doctor, a priest, a Shogun warrior...and now a yodeling captain. This summer, after a critically acclaimed three-month stint on Broadway, Richard Chamberlain begins touring the country as Captain von Trapp in a revival of The Sound of Music. "He's a pretty tough customer," the 63-year old actor says of his character. "But that toughness melts away when he lets down his defenses." Chamberlain himself is a bit more easy-going. "My idea of a good day is to sit at my home in Hawaii and watch the sun set across the water-to just be a beach bum. I hibernate there for months-even years-at a time." But every so often, he gets that itch to act again. Besides the tour, he also has an upcoming film, The Pavilion, based on a Robert Louis Stevenson short story. "I can still play those leading-men-type roles if they light me right." he jokes. "Although I don't think Brad Pitt has much to worry about."

Chamberlain got his start in a Los Angeles theater group before making it big in Hollywood. He starred in the 1960s series Dr. Kildare and went on to make numerous TV movies and mini-series, including The Thornbirds, Shogun, and most recently Too Rich: The Secret Life of Doris Duke with Lauren Bacall. "People think I've never done theatre-that this is something new to me," he says. "But I've actually done quite a bit, including Hamlet, Night of Iguana, Blithe Spirit, and My Fair Lady. When it comes to musicals, I'm like Betty Grable: sing a little, dance a little, have nice legs."

What is the one book you'd take with you if you were stranded on a desert island?

Commentaries on Living: Third Series, from the notebooks of J. Krishnamurti.

One that combines Mozart's late symphonies, Beethoven's late piano sonatas, and the works of Bartok. All heavenly.

A CD Player-provided it comes with the Virgin Megastore in New York City.

I hate to admit it, but a warm-up suit to exercise in.

A toss-up between Hitchcock's Notorious and Groundhog Day with Bill Murray.

What's the one thing you'd miss most about civilization?

Our perverse drive to rip our planet to shreds.

What memento would you take with you?

Menu of a superb Italian restaurant on Lexington Avenue [in New York], which I refuse to name-it's already too hard to get a table!