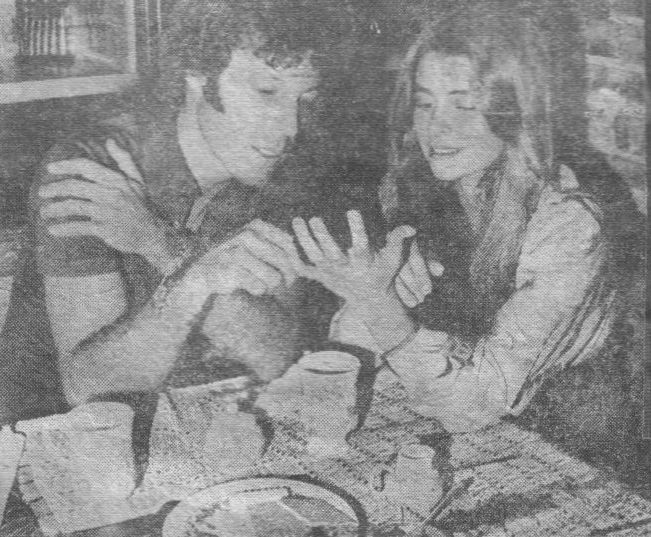 It looks like a bad attack of the heart throbs for that legendary charmer of the TV medical wards, Dr. Kildare. And it's every bit as serious as it looks as he sits tenderly touching hands with American starlet Tyrin Power.

Kildare who prefers to be known these days as actor Richard Chamberlain is planning to marry early next year.

Chamberlain is 35, Tyrin, daughter of Hollywood stars Tyrone Power and Linda Christian, is only 17.

They are pictured together at Tyrin's house in California.

Chamberlain, of course, has come a long way since his Kildare days.

After parts in Shakespeare and such cinema hits as Lord Byron and The Three Musketeers, he is now one of America's most sought-after actors.