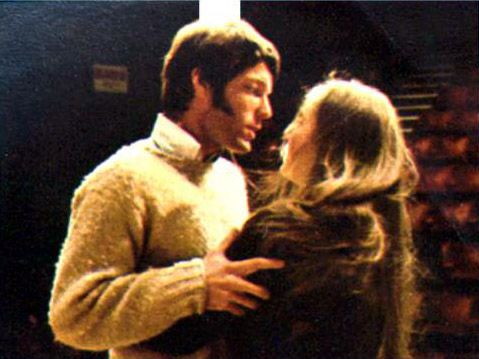 As an anatomy lesson, it isn’t much - you pick up a skull at a gravesite and deliver the celebrated "Alas, poor Yorick!" speech, which is mostly philosophy anyway. (That's the speech he's giving below. Above, he's with Gemma Jones, who plays Ophelia.) But it is magnificent as drama-and part of a role many an actor would sell his soul to play.

Richard Chamberlain didn't sell his soul to play Shakespeare's Hamlet in Birmingham, England. He did turn down some impressive movie and TV offers, and also risked the psychological hazards of being the first American to play Hamlet on the English stage since John Barrymore. Chamberlain says, "If I had thought about it a great deal beforehand I probably wouldn't have done it."

He needn't have worried: London critics called his performance a tour de force and "princely," and the play is a sell-out. Dr. Kildare has successfully weathered his internship.

Of his role and the challenge it provided, he says, "I took on 'Hamlet' as a learning experience. When I first came to Peter [Peter Dews, his director in four weeks of intensive rehearsals], I was like a child. I really hadn't done any legitimate theatre-three summer-stock productions, but nothing earth-shaking. 'Hamlet' is different all the way. To tell you the truth, I was absolutely terrified."

Chamberlain returns to the U.S. after the play closes (he has a movie contract with Universal), but the experience has been invaluable: "After Kildare I felt that I had to sort myself out; come to terms with what I wanted to accomplish in life. I was hopelessly typecast, and I had to shake that, which I think l've finally done. But let's get this straight -l'm not doing 'Hamlet' for the money." Indeed. While starring in England as Hamlet, Prince of Denmark, Richard Chamberlain is earning the very unprincely sum of $110 a week. 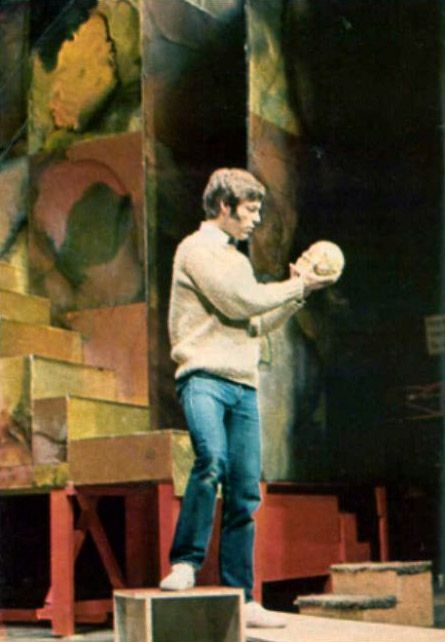 Richard Chamberlain rehearses for his London production of "Hamlet"