"Doc" Chamberlain and the Wallenberg challenge
(1985) 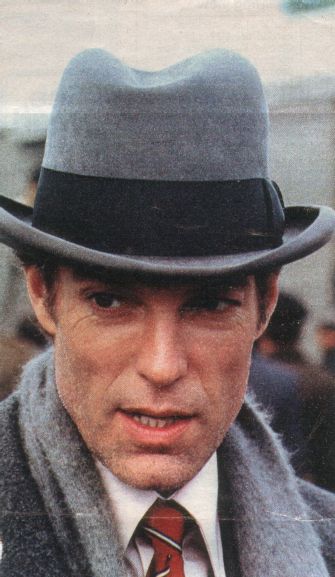 At the end of the World War Two in 1945, 100,000 people destined to die were still alive thanks to the efforts of one man. In six short months this man achieved a miracle. By a blend of courage, audacity and ingenuity, he was able to save the lives of tens of thousands of Hungarian Jews who had been earmarked for Nazi concentration camps and certain death. Then he disappeared.

This man was Raoul Wallenberg. Until recently his name meant nothing around the world and even today few people have heard of his bravery. But this week a new two-part mini-series on TV, starring Richard Chamberlain, brings to light an extraordinary story. The chance to play Wallenberg was sought avidly by Chamberlain.

As the war progressed Raoul became increasingly alarmed about the persecution of the Jews. At the time the full horror of Nazi policy was not widely known. Rumours and dreadful stories were seeping out of Germany, but the implications were so terrible that many people could not take them seriously. They couldn't believe that even Hitler would be mad enough to try an exterminate an entire race. However, Raoul Wallenberg was prepared to believe it. In 1944, Wallenberg was given instant diplomatic status by Sweden and dispatched to the Swedish Legion in Budapest with instructions to do whatever he considered necessary to save lives. It was a delicate situation to be launched into. Wallenberg's mission brough him into direct conflict with the notorious Adolf Eichmann who had already despatched 400,000 Hungarian Jews and was planning to rid himself as quickly as possible of the 230,000 still living in Budapest... 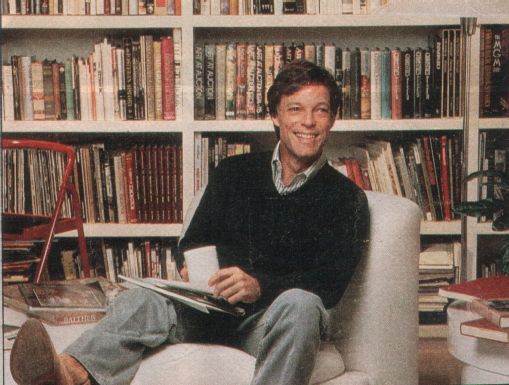 There's one other person who rubs his hands with glee when Richard Chamberlain chooses a new part. His travel agent. Foreign parts are the ones Chamberlain likes best, and for the past few years his feet have hardly touched the ground in the homes he keeps in Los Angeles, New York and Hawaii.

He's filming in Zimbabwe at the moment on a remake of King Solomon's Mine, and when he comes 'home' to California, he'll go straight to Oregon to start work on a western mini-series. After that he guarantees his itchy feet and tireless travel agent will be sending him off to another far-flung location.

Since last summer, when he started research in New York and Yugoslavia on Wallenberg, Chamberlain has travelled non-stop. It can be a lonely life -not the most gregarious type, he doesn't socialise night and day with his co-stars- but he has it all worked out to a fine art.

"Because I travel and live in hotels so much, I've figured out a way to turn my room into a gym," he says. "I do pull-ups on the door, lift chairs, and take an exercise mat with me. It's easy to eat as if you were at home -fruit, vegetables, rice. And everywhere I go I collect things for my homes: paintings, furniture, antiques, sculpture. Sometimes, like the time I was making the Shogun series in Japan, the country and its culture take over. I got back to Los Angeles, tore my house apart and turned it into a Japanese-style house with everything I'd brought back." It took him so long to do, he had to rent the house next door to live in while work went on at his house.

His fame as television heart-throb Dr Kildare still follows him around the world however hard he tries to shake it off and, 23 years after the series was first seen, it's now being re-run on British television. Chamberlain cites six weeks in Peru in 1982 as the only time he has been able to enjoy real anonymity. "A bunch of us, about 20 people mostly outside showbusiness, stayed overnight in monasteries and real out-of-the-way places. I was able to enjoy immediately the kind of person-to-person contact that takes longer to establish when you've got to get past my public identity." Only once, in Lima, was he bothered by a photographer chasing him around.

You get the feeling he could do with more holidays like that, for he is polite, shy and earnest, an intensely private man who still finds it difficult living in the public spotlight. Born to a middle-class family in Los Angeles, he was something of a loner and a poor student -art was the only subject he was interested in- and at 16 he was voted the most reserved, courteous and sophisticated person in class. His parents thought he would join the family manufacturing business, like his older brother, Bill. Instead he became an artist and sculptor -his work sold well- and then turned to acting, a decision that surprised everyone, as his only interest in drama had been a brief appearance in a school play.

The Raoul Wallenberg story is one that has fascinated Chamberlain for a long time. An actor who has planned his career as much for challenge and variety as the travel opportunities it offers, he started agitating for the role four years ago. "Sometimes it seems that anything I really want takes three years to come my way," he said, once he knew he had the part. "I waited that long to get John Blackthorne in Shogun and almost as long for my role in The Thorn Birds." 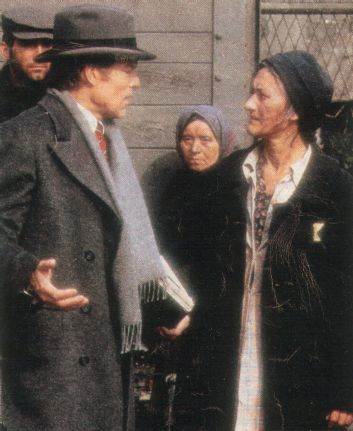 This year marks the 40th anniversary of Wallenberg's disappearance, and Chamberlain says his wildest dream is that the mini-series will provide some sort of answer to the mystery. "My goal is to help influence public opinion, to apply as much diplomatic pressure as possible to find out if Wallenberg is still alive."

Most of Chamberlain's TV roles in recent years -like Wallenberg- have been ones that have stretched him. There was Dr. Cook in the 1984 TV movie Cook and Peary: The Race to the Pole, a man who was obsessed with his desire to become first to reach the North Pole; the Elizabethian sea captain who becomes the legendary samurai warrior in Shogun, the complex Father Ralph de Bricassart, torn between his religion and his love for Maggie Cleary, in The Thorn Birds.

Now, Wallenberg -a role well worth the wait. He smiles at his nickname -"king of the mini-series"- but such work has earned him three Emmy nominations in the past nine years. He is proud of that track record -even if he has yet to win. He did allow himself to get excited about his award chance for The Thorn Birds but was beaten by Tommy Lee Jones in The Executioner's Song. 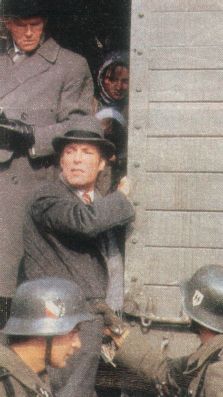 Wallenberg tries to delay a train as it prepares to leave, taking the doomed Jews to Nazi concentration camps

A confirmed bachelor, he is the first to agree that his work is the most important thing in his life. His mother worries about him being lonely -his father died recently- but he claims it isn't a problem. "I have a lot of wonderful friends. This is a very heavily populated time in my life."

"I'm easily amused. I like to go to the movies and to the theatre. I like to spend time with friends. I like to have a few people over for dinner. I like to go out to dinner, to go camping and I love to travel." 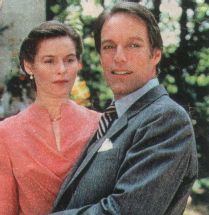 Wallenberg involved him so deeply it took him a long time to recover. He still talks about the chilling research he was involved with. "In New York I met a woman who, as a child, was literally snatched from a death march by Wallenberg. Her story was one of the most harrowing things I've ever heard."

"If I can play people like Wallenberg on television, I don't feel anything is missing from my life. I don't need anything else." 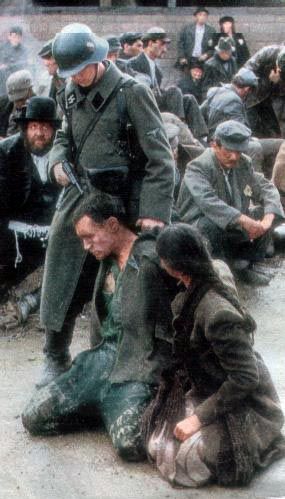 Just two of thousands of Jews desperately trying to survive: Nikki, a member of the Jewish underground played by Mark Rylance, and Hannah played by Georgia Slowe are caught by the increasingly ruthless Nazis