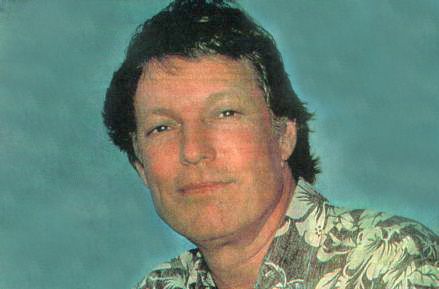 Before your eyes, Richard Chamberlain, the tall, fair, American actor, has turned into Henry Higgins, the arrogant English professor of phonetics in "My Fair Lady."

Samurai: He won a
Golden Globe for his
role as Blackthorne in
"Shogun," 1980.

He is Higgins now, the man who made a bet with his colleague, Colonel Pickering, that he can take Eliza, a poor, Cockney flower girl, and pass her off as a duchess in six months.

And this is not even a dress rehearsal. It's a technical rehearsal of a revival of the show that first soared to fame back in the '50s, when Rex Harrison and Julie Andrews played Henry and Eliza on Broadway and on the London Stage.

Chamberlain isn't even dressed for the part -or for the cold, damp air in the London marketplace where Higgins first meets Eliza.

It's a warm March afternoon in Fort Myers. The stage doors leading into the Barbara B. Mann Performing Arts Hall are wide open. Chamberlain is wearing khaki pants, a cotton shirt and tennis shoes.

The show, which is bound for Broadway, opens tonight at the hall. It plays twice on Sunday. The troupe then begins its eight-month tour of the country before landing on Broadway in late November.

All tickets for this weekend's three performances have been sold.

Before the first rehearsal with the full cast and technical crew, Chamberlain strode around backstage, humming.

"This is nice, big" he said, a smile enveloping his face as he opened his arms and looked up and around to indicate the generous fly space above and the wing spaces on either side of the stage.

Once the rehearsal began, he was all business. Even though there are constant breaks in the flow of scenes to check lighting cues and scenery, Chamberlain stays in character.

TV Epic: He was trader
Alexander McKeag in
James A. Michener's
"Centennial," 1970.

But will playgoers accept Chamberlain as Higgins, or will the shadow of Harrison get in the way? It was Harrison who made the role famous in the stage shows and in the movie version of the play. The role made Harrison famous.

Chamberlain realizes there will be comparisons. He's simply concentrating on getting to the core of Higgins.

"He's elusive," he said. "He's one of the hardest characters I've ever played."

But Chamberlain has had much more exposure on television, in the movies and on stage than Harrison ever had. 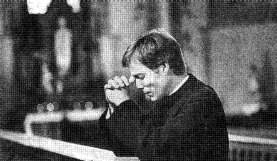 Heavenly Performance: One of his most memorable
roles: Father Ralph in "The Thorn Birds," 1982.