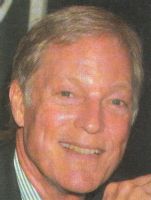 From 1960s soap star to serious actor, Helen M Jerome looks at the career, and more, of Richard Chamberlain.

When Richard Chamberlain started out as an actor, the best he could hope for was the occasional bit part5 in television series such as Gunsmoke. But he was barely making ends meet, even though his rent was only two dollars a day. He needed a big break...

There had already been several successful Dr Kildare movies and MGM studios wanted to exploit these with a TV version. Raymond Massey had been lined up to play Dr Gillespie, but the studios needed an unknown for the dashing leading man. Chamberlain was the 36th actor to audition for the role. Luckily Massey remembered the young man who'd played his son in an episode of Alfred Hitchcock Presents, gave Chamberlain the nod, and the role was his.

Blair General Hospital's Dr Kildare and its star became overnight sensations in 1961. "My hunger for recognition, attention, admiration, excitement, and adoration was satisfied a thousand times over," he said.

For the first two seasons, an incredible 70 hours of shows were filmed and the cast had only five weeks off a year. On the plus side, Dr Kildare earned Richard his first Golden Globe Award and he was swooned over by fans around the world. "I loved the novelty of everyone thinking I was a somebody, even if I couldn't quite believe it myself."

So where did this shy somebody start out? Born on 31 March 1934, in Beverly Hills, California, George Richard Chamberlain was the second son of Elsa and her salesman husband Charles. He grew up in Hollywood and attended Beverly Vista Grammar School and Beverly Hills High school, but had a miserable childhood, compounded by his father's periodic alcoholism. The young Richard feared and loathed school.

On graduation, he was voted best-mannered boy in class. He majored in Applied Art at California's Pomona College, but was increasingly drawn to college theatre groups. So it was no surprise when he decided to be an actor, although his ambition was put on hold while he did two years of military service in Korea, ending up as Sergeant Chamberlain.

After more than five years as Dr Kildare, Richard found it hard to be accepted as a serious actor. So he left TV, choosing to tread the boards in this country; he had a hunch that England might be the place for him.

Theatre, occasional movies and some television parts kept him in work, but it was two decades on from Dr Kildare before a new generation was smitten by the now 40-something actor in two defining roles. He won the part of Pilot-Major John Blackthorne in the mini-series of James Clavell's novel Shogun in 1980, convincing the author he was better suited to the part than either of his initial choices, Sean Connery and Albert Finney.

Chamberlain then played the troubled priest Ralph de Bricassart in the TV adaptation of Colleen McCullough's The Thorn Birds, this time beating hot favourite Robert Redford to the part.

His attitude to his fame and the past has always been ambivalent. Even his awards are tucked away. Yet he doesn't crave outright anonymity, admitting: "If I spend time in a big city and absolutely nobody notices me, it's a bit depressing."

Chamberlain's only other constant niggle has been his much gossiped-about private life. The crafting of his image was tricky when he was a leading man and felt he must be constantly on guard during interviews. "I didn't want to slip up and reveal my real self," he said, "especially when the inevitable questions such as 'why aren't you married?' and 'don't you want children?' were asked with their covert, yet obvious implications."

Only when he felt completely settled in his Hawaiian island home and started to write his cathartic autobiography, Shattered Love, was the perennial heart-throb finally ready to reveal that he was gay and had been living with his partner, Martin, for more than two decades.

Chamberlain has never been happier and feels his life has just begun. "I've always been a very controlled person and I've finally learned to loosen up," he said. "I've finally made friends with life."

At the height of Dr Kildare mania, Richard Chamberlain received 12,000 letters a week - more fan mail than Clark Gable in his heyday.

Richard's other famous roles include Ken Russell's the Music Lovers, the film King Solomon's Mines, with Sharon Stone, and The Towering Inferno (in which he played the arsonist responsible).

Anxious to escape the typecasting of his Dr Kildare role, Chamberlain played Hamlet on stage and appeared opposite Katherine Hepburn in The Mad Woman Of Chaillot for the BBC.

He watches today's leading hospital drama, ER, with a 'professional' interest: "It's a different world from Kildare. Our show was very sedate."

When he was king of the TV mini-series in the 1980s, Chamberlain took the lead role in The Bourne Identity, based on Robert Ludlum's thriller. His co-stars were an impressive bunch: Anthony Quayle, Denholm Elliott, and one-time Charlie's Angel, Jaclyn Smith. The exciting story of an amnesiac hero was recently remade, starring Matt Damon.

On a perfect day at home in Hawaii, Richard likes nothing better than making breakfast, exercising, walking the dog, then painting in his studio.